The remarkable young climate activist Greta Thunbergs powerful speeches about the urgency of Climate Change before the British Parlement, the UN Climate talks and a Ted Talk in Sweden have moved many, not just young people, to action. Her heartfelt, earnest cry for the adults of the world to wake up to the perils that the environment is facing and make immediate urgent changes. She is the defacto leader of a youth based movement for more action on climate change. Along the way she has a Nobel prize nomination and a Time magazine cover.

greta thunberg by harley weir: meet the girl who changed the world One girl’s utter determination to try and stop the greatest threat humanity has ever faced has set off a global youth climate strike movement. 16-year-old Greta Thunberg is the voice of a generation.

The Rapid Decline Of The Natural World Is A Crisis Even Bigger Than Climate Change A three-year UN-backed study from the Intergovernmental Science-Policy Platform On Biodiversity and Ecosystem Services has grim implications for the future of humanity. 10 Inspiring Quotes by Greta Greta does not want to be a symbol or a leader – she just wants to another activist trying to fight for our environment. But her age not only shows maturity but a dire call for us to change our ways and make the environment better. For us, for them and for the future. How teen Greta Thunberg shifted world's gaze to climate change Thunberg — whose central point is that humanity must immediately reduce greenhouse gas emissions that have unrelentingly increased since the start of the industrial revolution, resulting in global warming — is the driving force behind a movement that has seen more than 2 million teens around the world take part in Fridays for Future school strikes against climate change.

CBS News: Teen climate activist Greta Thunberg meets with world leaders and "starstruck" Schwarzenegger Teenage climate activist Greta Thunberg called on world leaders Tuesday to acknowledge the seriousness of global warming and that not enough is being done to curb it. Speaking at a conference in the Austrian capital, Vienna, Thunberg suggested it was wrong to portray the worldwide shift necessary to rein in climate change as "primarily an opportunity to create new green jobs, new businesses, green economic growth," as some political and business leaders have done.

The Uncanny Power of Greta Thunberg’s Climate-Change Rhetoric “Can you hear me?” she asked. “Around the year 2030, ten years, two hundred and fifty-two days, and ten hours away from now, we will be in a position where we set off an irreversible chain reaction beyond human control that will most likely lead to the end of our civilization as we know it.”

'You did not act in time': Greta Thunberg's full speech to MPs Read the full text of the speech Greta Thunberg gave to MPs at the Houses of Parliament

'You did not act in time': Greta Thunberg's full speech to MPs "The year 2078, I will celebrate my 75th birthday. If I have children, maybe they will spend that day with me. Maybe they will ask me about you. Maybe they will ask why you didn’t do anything while there still was time to act. You say you love your children above all else, and yet you are stealing their future in front of their very eyes."

Greta Thunberg’s visit to Britain is a huge moment for the climate movement Greta’s rise to fame has been vertiginous. Last year she skipped school and sat in front of the Swedish parliament in protest against inaction on climate change – and now she is one of the figureheads of a school climate strike movement that has swept the globe, which more than a million young people taking to the streets last month to demand that world leaders step up to this monumental challenge.

Greta Thunberg tells EU lawmakers to focus more on climate instead of Brexit 16-year-old Swedish climate activist Greta Thunberg spoke at the European Parliament on Tuesday, criticizing the EU for holding multiple emergency summits on Brexit but "no emergency summit regarding the breakdown of the climate and environment."

Greta Thunberg awarded Time's 'Person of the Year' Thunberg has become a key figure in the global fight against climate change since leading school strikes in her home country of Sweden and sparking similar demonstrations around the world, where young activists have refused to attend classes as a way to protest against inaction on the issue.

Greta Thunberg's La Vagabonde voyage let an Aussie family meet the girl behind a climate movement Ms Carausu said she had been surprised at how the teenager, whose ego she described as "microscopic", responded to all the attention. "Greta being 16 you'd think that she would let those negative comments really get to her and anger her, but honestly it is the opposite," she said. 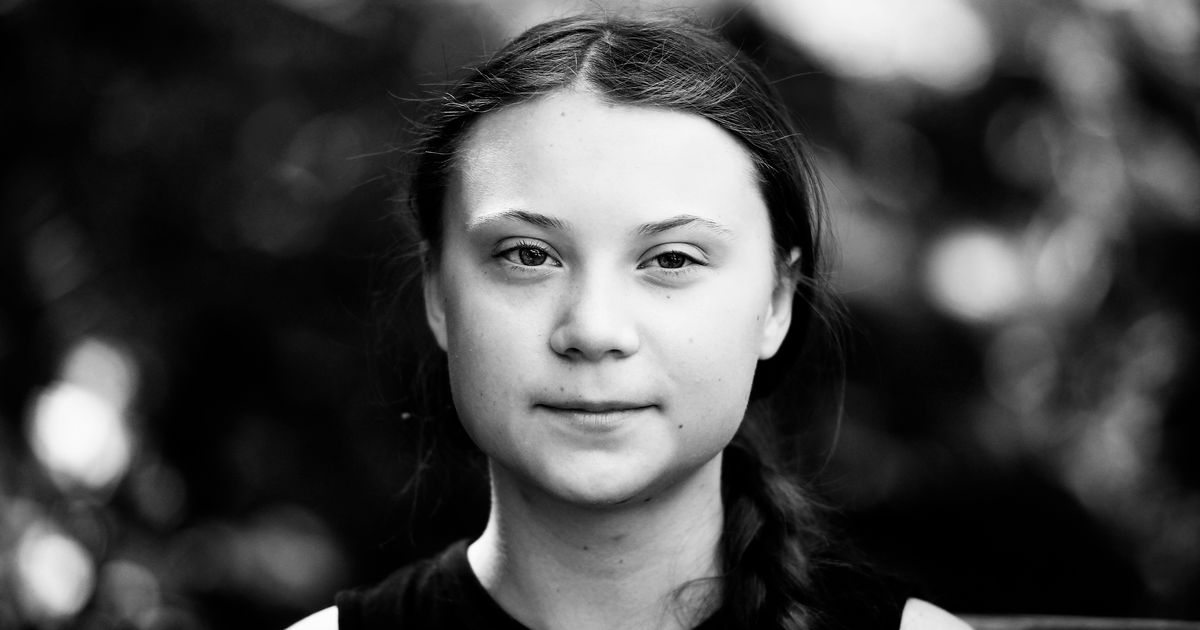 It’s Greta’s World But it’s still burning. The extraordinary rise of a 16-year-old, and her Hail Mary climate movement. The year 2078, I will celebrate my 75th birthday. If I have children, maybe they will spend that day with me. Maybe they will ask me about you. Maybe they will ask why you didn’t do anything while there still was time to act. You say you love your children above all else, and yet you are stealing their future in front of their very eyes. 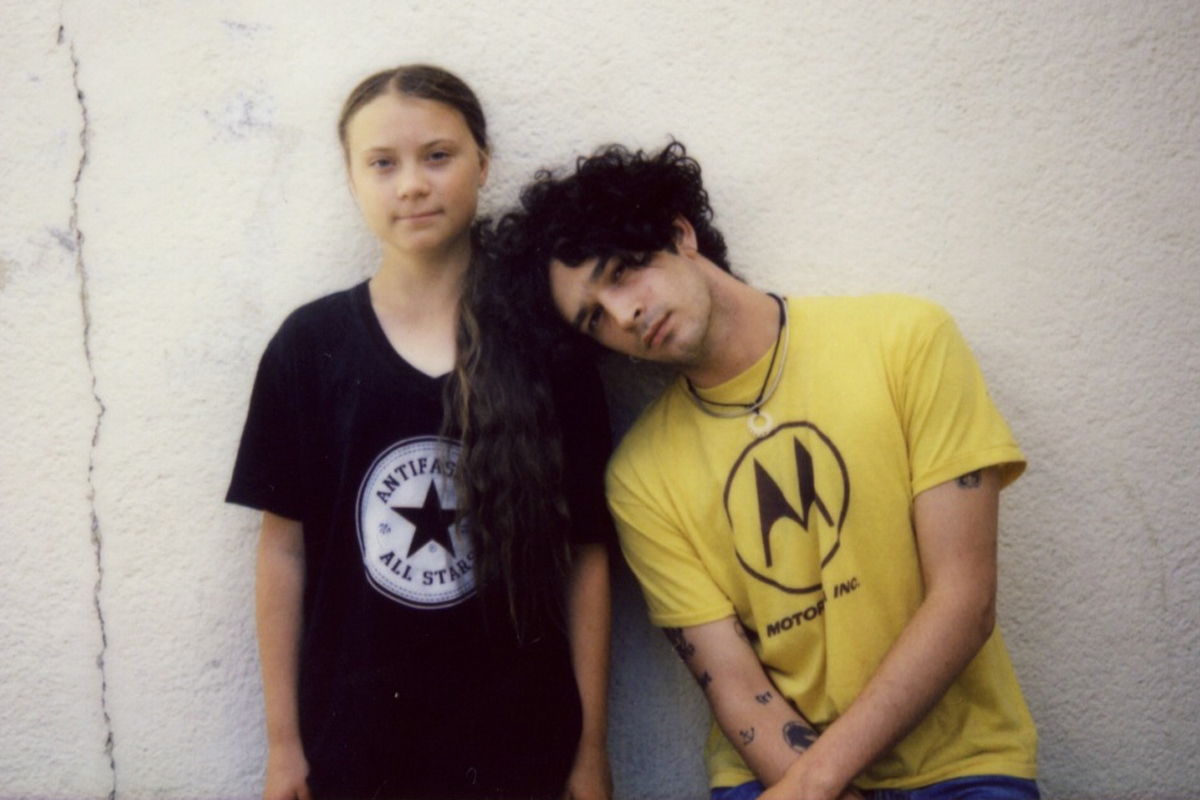 The 1975 Enlist Climate Change Activist Greta Thunberg for Self-Titled New Song Over a minimalistic piano track, Thunberg delivers a rallying monologue about the current “climate and ecological crisis” occurring. She emphasizes the need to call it what it is and accept that we are still learning what exactly is happening. “We must acknowledge that we do not have the situation under control and that we do not have all the solutions yet,” she says. 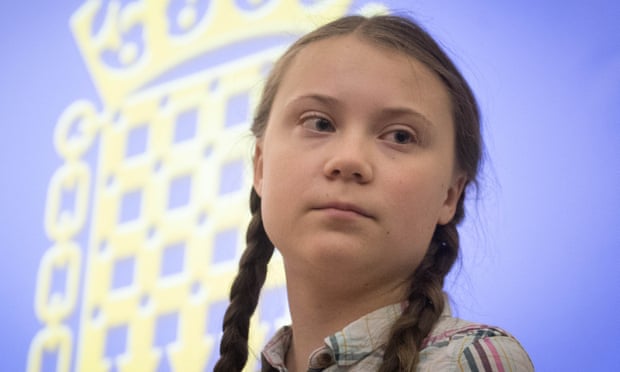